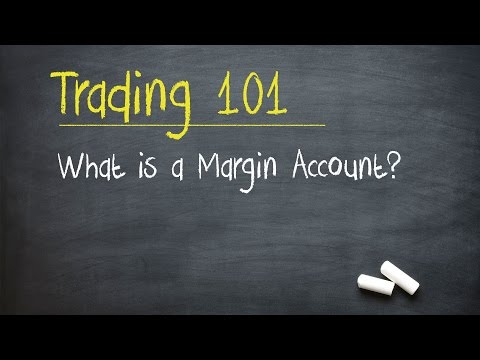 Introduction/Abstract
So I have performed calculations using the SWN rulebook due to my need for a Salvager fleet faction for my game. I wondered what truly was the most viable dedicated factory ship for a completely void-bound society that would be utilizing Asteroids as a bare-minimum resource.
As you will eventually see, it is possible to get quite a profitable ship going that should be able to supply for the maintenance costs of other ships in its fleet efficiently and if fed constantly.
-Things to keep into consideration for the experiment:
*A Bulk freighter costs 5m, has 15 power, and 25 mass as well as 40 max crew.
*A fleet cruiser costs 10m credits, has 50 power, 30 mass available, and importantly 200 crew max.
*A battleship costs 50m credits, has 75 power, 50 mass available, and 1,000 crew max.
*A Carrier costs 60m credits, has 50 power, and 100 mass available, as well as 1,500 crew max.
*Maintenance costs are 5% of the total cost of the ship every 6 months.
*A mobile factory can turn 1 ton of material into 5,000 credits worth of maintenance/repair items, or 10,000 credits worth of TL4 goods, structures and vehicles. We are more interested in the former to see if this civilization can manufacture goods away from external trade beyond the fleet.
*Normal costs per person per year on a ship are 120 credits/day, with 100 of those being average pay, and 20 credits being the cost of food and stores. We are ignoring these costs for now, and assuming that another ship in the fleet (A farm ship perhaps) provides the food, water, and supplies the factory ship's workers will need. As for payment, this might be considered afterwards depending on how profitable the factory ship is, if it's offering several thousand credits surplus per day, pay might be modest, if it's barely scraping by, this civilization is simply struggling to survive, and working is a requirement.
*The thing we are looking at in this case is sheer minimum profit', or lack of it in some cases. These assume that magically the factories get the required feedstock at no additional cost in order to make 5,000 credits worth of repair materials each day indefinitely. Such additional considerations might be best for another day when we determine which ship might be the most effective 'miner' to feed these factory ships.
*We will not be going into detail on Stations, which are of course immobile and are not viable for a nomadic void-bound civilization that constantly moves.
Materials and Methods
The Sourcebook for SWN and the stats for both Mobile factories and for the ships, taking into consideration their maximum 'Load' for mass, crew, and power, and generating ships with the minimum and maximum needed for each.
I performed my calculations as follows: (Base cost of ship + factory modules + extended life-support module) /3,650= maintenance cost in credits/day of operation.
Conversion factors: 1/10th maintenance cost per year credit. 1 yea365 days. Years cancel out, 1/3,650 credit/day
I then plotted these using Microsoft Excel into a graph for easier visualization, applying trend lines as needed and labels for the data points.
Results:
https://docs.google.com/spreadsheets/d/18iQY4uBNNHgpKSeRA66ovqTInLK6wOCB5TABzH4iXgM/edit?usp=sharing
Each of the ships has a roughly linear progression for it's profit margins.
Discussion/conclusion
Only the Bulk freighter and the Fleet cruiser are profitable after just one installation of a mobile factory, and while impossible, if some pre-tech or homebrew artifact/technology gave the bulk freighter just one more free power, the available modification to power=> mass would provide exceptional profit in materials.
The capital ships, while powerful and not needing to provide extended life support are just far too expensive and require massive amounts of infrastructure, manpower, and installations of mobile factories to equal the profit of the other ships in this lineup with minimum viable materials at hand.
As it stands, For a scavenger fleet, or even a group of risk-taking PC's who wish to build their own flotilla, a single Fleet cruiser with 4 mobile factories and fed constantly will produce 15,821 credits worth of excess maintenance products/day, or in other words it can support itself AND a 57.7 million total credit ship/fleet without any further modifications and still have 32 excess power that could be used to modify it and make it even more viable or grant it some defenses/additional utilities.
If the PC's were to use this factory in a normal system, and offered payment/other things to the workers, if they manufactured just the TL4 goods instead of repairs they'd unfortunately be -13,548 credits in debt each day unless they were able to sell the goods for a significant profit (a minimum 33% mark up to break even, or 14+ on 3d6 using the Suns of gold rules, a 16.17% chance with no net modifier).
Even a master trader would have difficulty turning a profit with these thin lines unless one had other support craft which could provide food/supplies for under 29,200,000 credits... Perhaps this could be the next challenge, made easier with our 57.7 million repair budget (146 million if selling just the TL4 goods).
I hope this is informative/assists you all with your own worldbuilding!
(Edit! Changed the link so you can see the spreadsheet/results on the graph)

Some news you may have missed out on part 132.

Some news you may have missed out on part 81.

Some news you may have missed out on part 117.

Instant execution of orders via OMS Gateway of KSE. Online reports regarding outstanding orders, executed trades, live Margin and Portfolio valuation etc. Confidentiality on all customer transactions. Click Here, To have a basic idea of how orders are processed via online trading. Kse Ltd Live BSE Share Price today, Kse latest news, 519421 announcements. Kse financial results, Kse shareholding, Kse annual reports, Kse pledge, Kse insider trading and compare with peer companies. Analysts at various stock brokerage houses gathered that volumes were also up at the KSE by 49.5 per cent to 146.5 million shares in the week, from 98 million shares trading the past week. KSE Ltd. engages in the manufacture of compound cattle feed, extraction of oil from copra cake, and the production of dairy products. It operates through the following segments: Animal Feed, Oil Cake Processing, and Dairy. ‘Investments in securities market are subject to market risk, read all the related documents carefully before investing. We collect, retain, and use your contact information for legitimate business purposes only, to contact you and to provide you information & latest updates regarding our products & services.

Today we will cover the basics of margin for active traders. Using margin can be an amazing advantage but you should be aware of how it actually works to avo... Margin Trading at KSE new draft debate at CNBC Exclusive (1 of 2) - Duration: 10 minutes, 1 second. 297 views; 9 years ago; 5:30. Pre-Trade Financing Model for KSE Stocks on Business Plus (3 of 3 ... PSX Pakistan Stock Exchange Tips and Karachi Stock Exchange (KSE) Market Summary so that investors or traders of Pakistan Stock Exchange can make good money online by trading. Get advises about ... What is margin trading? What is a margin? What is the difference between a cash account and a margin account? In episode #34 of Real World Finance we dive de... iq option main trades win kse kre,iq option best strategy 2020 - Duration: 9:36. BAAGHI RAO 38 views. 9:36. ... Why Trading Forex is so Difficult - Randomness in the Markets: ...